THE IPHONE 14 MAX IS GONNA EPIC 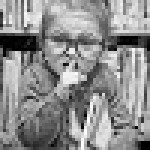 THE IPHONE 14 MAX IS GONNA EPIC

Hey everyone, today we are going to talk about iPhone 14 series. Approximately five months remain in the official release of the iPhone 14 Series. So the people having iPhone 13 series are going to be old. So today, I’ll tell you what is confirmed in the iPhone 14 series & some leaks & rumors that might be possible. Apple improves its security every year. This year iPhone 14 Max is gonna epic. Apple conducts more restrictions on everyone who even knows a little about the upcoming model’s features. But with time every year, leaks are increasing before the official release of the forthcoming series. So there is much time in the release of the upcoming Apple series, but we have many details about them.

iPhone 14 series is the most significant change in the iPhone series, and it includes design changes & internal changes. So first of I’ll tell you that iPhone 14 series is the most significant change as a whole. The price of the whole series will go up, and the line-up of this series will also change. In this current iPhone 13 series, there is ‘iPhone 13 Mini’ ‘iPhone 13’ ‘iPhone 13 Pro’ & ‘iPhone 13 Pro Max. Like iPhone 12&13 Mini, it is to be expected that there will be no iPhone 14 Mini this year. iPhone 14 Mini is cancelling, and a new version will be introduced.

So the line-up in the upcoming Apple series will start from:

The primary camera will be the most powerful all across the series i.e. 48MP. The rear lens of the iPhone 14 Pro will also be changed. The protrusion of the lens has been greatly improved.

There will be a significant change in the back of the upcoming series instead of the front. In iPhone 13, there is a notch comparatively smaller than iPhone 12 or previous series of Apple iPhones. In iPhone 14, there is two punch hole one is of a circle shape & the second is of a pill shape. In the round punch hole, there is a front cam & in pill shape punch hole, there is a face ID. There was much news about in-display fingerprints in iPhone 14 series, but these are rumours only. But yes! Apple is working on it so in upcoming models, and there is a possibility of an in-display fingerprint. There is only face ID in the iPhone 14 series.

In iPhone 14 series, there is a dual-port USB charger, and a lighting port can also be expected.

So Apple doesn’t change its design altogether. That’s why if we buy an old Apple product, but it looks like new. Apple changes its products very slowly & intelligently, so the old products don’t look too old. That’s why Apple maintains its price in the market & this iPhone 14 Max series is gonna epic.

How Laptops have changed the world?